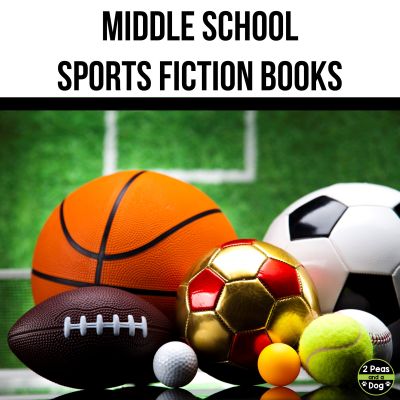 Braced by Alyson Gerber
A girl looking forward to a great school year playing soccer and spending time with friends finds out she needs to wear a brace to correct the curve in her spine. The brace changes everything and she must work out how to deal with it.

Bump by Matt Wallace
MJ has a love for professional wrestling and decides to train at her neighbour’s school to become a wrestler. But while attending a wrestling event MJ catches the eye of someone who threatens to have the wrestling school shut down.

Checked by Cynthia Kadohata
Hockey is Conor’s life until his dog becomes ill and he decides to put his hockey days on hold to put the money towards his dog’s treatments.

Fast Pitch by Nic Stone
Shenice Lockwood is the team captain of her softball team and has set a goal to win the Fastpitch World Series. When her uncle informs her that a family crime was not what it seemed she is determined to get to the truth, but loses sight of her goal with her team.

New Kid by Tim Green
Tommy and his dad move a lot so being the new kid with a new name is second nature to Tommy, but he is having trouble fitting in with this latest move. After a bad prank attracts the attention of the baseball coach he is asked to join the ball team.

Nikki on the Line by Barbara Carroll Roberts
Nikki dreams of playing basketball and when she is given a chance to play on a high level basketball team she experiences issues at school, at home and with her friends.

Side Tracked by Diana Harmon Asher
Joseph Friedman has troubles with the school bully and spends time hiding in the Resource Room until his teacher encourages him to join the track team and things start to change for him.

Takedown by Laura Shovan
Mikayla is a wrestler on an all-boys team and is determined to win. She is paired up with Lev who is also determined to win, but at the State competition, there is only one winner.

The Girl Who Threw Butterflies by Mick Cochrane
Molly’s father is killed in a car accident and she decides she doesn’t want to just be known for her father’s death so she joins the boys’ baseball team.

Touchdown Kid by Tim Green
Cory loves football and is discovered and recruited by a coach from a private school. He knows football is his way to a better life, but also knows he will be seen as the kid from the “wrong side of the tracks.”

Up for Air by Laurie Morrison
Thirteen-year-old Annabelle has a hard time in school but is an excellent swimmer. When she is recruited to swim on the high school team everything changes for her until she loses swimming due to a bad prank and she needs to figure out who she is without her sport.

Crackback by John Coy
A high school football player uncovers steroid use by his teammates and needs to decide what he should do.

Track Series by Jason Reynolds
This collection of four books follows four protagonists – Ghost, Patina, Sunny, and Lu (which the books are also named) – as they compete on an elite track team, while also dealing with drama and life.

Ghost by Jason Reynolds
Ghost, a young student, is discovered by Coach who sees he has a great deal of natural talent on the track. Coach thinks Ghost could possibly become a member of the Junior Olympic team if he can keep his life on the right track.

Patina by Jason Reynolds
Patina has some family issues that are causing her stress and she has to deal with issues on and off the track that her coach tries to help her with.

Sunny by Jason Reynolds
Sunny runs to please his father, but he really wants to dance. He still wants to be a part of the team and discovers the discus track event which blends all the things he wants into one.

Lu by Jason Reynolds
Lu feels he should be the leader of the elite track team, but finds hurdles in his way. 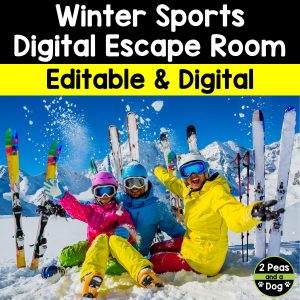 If your students love sports check out this Winter Sports Digital Escape Room. They will love trying to complete the different sports-themed challenges. Find this resource on Shopify CAD or Teachers Pay Teachers USD.

Print off this list of sports books for middle school students and have it available for your students who like to read this genre.