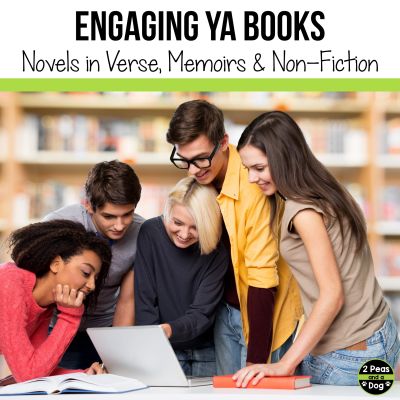 YA (young adult) novels have come a long way since the development of the genre. Now, these novels represent a diverse selection of plots, characters, settings and themes. Students will enjoy reading YA novels that are not just the traditional realistic fiction genre. Recommend that your students try novels in verse, a memoir, non-fiction books or graphic novels.

The Poet X
The Poet X by Elizabeth Acevedo
Xiomara feels seen and not heard in her neighbourhood – at school, on the street, in all aspects of her life. But she needs to be able to make her voice heard, so when she learns about her school’s slam poetry club, she joins in hopes that she can find her voice.

Punching the Air
Punching the Air by Yusef Salaam and Ibi Zoboi
This novel in verse takes a critical look at the American juvenile prison system with the story of Amal. Amal is convicted of a crime he didn’t commit at 16 years old and sent to prison. Can he use his words and art to change the course of his life?

Long Way Down
Long Way Down by Jason Reynolds
Told in 60 seconds, during an elevator ride, Jason Reynolds follows Will, who has decided to take care of the guy who murdered his brother. He grabs his brother’s gun and gets in the elevator, but is unprepared for the ghosts of his past and present who tell a different story than the one he thinks he knows.

Solo (Blink)
Solo (Blink) by Kwame Alexander
Blade will do anything to make sure he’s not like his drug addict and rockstar father. Then a family secret is revealed and a letter is found. Can it bring Blade redemption or loss?

Swing (Blink)
Swing (Blink) by Kwame Alexander
Noah and Walt, best friends, want to make junior year their best ever. But when Noah’s secret crush is revealed to the public, he knows he must make a choice. 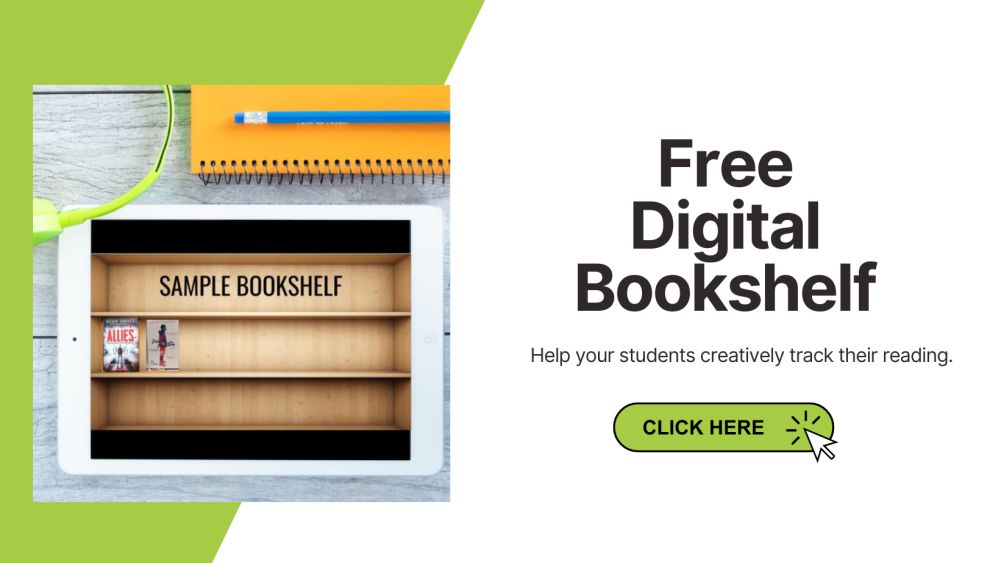 Speak: The Graphic Novel
Speak: The Graphic Novel by Laurie Halse Anderson & Emily Carroll (Illustrator)
During the summer between middle and high school, Melinda is sexually assaulted by a senior student at a party. She calls 9-1-1 to report this incident but loses her voice and does not speak to the dispatcher. The police arrive at the party and Melinda’s fellow students know she called the police, but do not know why. Her peers do not treat her kindly until the truth is revealed.

Surviving The City by Tasha Spillett and Natasha Donovan (Illustrator)
The first installment in the Surviving The City graphic novel series, this story follows two girls, Milkwan and Dez, as they navigate high school and life in a community that doesn’t respect Indigenous people. Through their struggles, the story opens a dialogue regarding missing and murdered Indigenous women in Canada.

Born a Crime: Stories from a South African Childhood
Born a Crime by Trevor Noah
In the memoir of Trevor Noah who was born in South Africa to biracial parents which was not permitted, his mother spent his early years hiding him from the government until they were able to live freely.

Educated: A Memoir
Educated: A Memoir by Tara Westover
Tara lived with her family in the mountains of Idaho and never attended school until she was seventeen and then found a love of knowledge that took her across the world.

Stamped: Racism, Antiracism, and You: A Remix of the National Book Award-winning Stamped from the Beginning
Stamped: Racism, Anti-Racism, and You by Ibram X. Kendi and Jason Reynolds (non-fiction)
This “not a history book” has been remixed for young adults and takes readers through history to show how the construct of race has been used to oppress people of colour. But Jason Reynolds and Ibram X. Kendi also offers hope to readers through the ideologies of abolitionists and anti-racists.