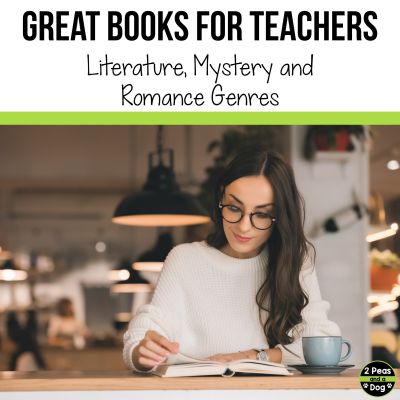 I love recommending books to my friends, family, colleagues, and students. Use this great books for teachers book list to find your next great read.

The Giver of Stars by Jojo Moyes
Based on a true story about 5 women who are Horseback Librarians during the 1930’s and their journey to deliver books in the mountains of Kentucky.

The Henna Artist by Alka Joshi
A seventeen-year-old girl escapes her abusive husband and becomes a popular henna artist until her husband finds her.

Dear Mrs. Bird by AJ Pearce
During the war in 1940 Emmy applies for a job as a Lady War Correspondent but instead finds herself as a typist for an advice columnist. She is supposed to throw away the letters that contain unpleasantness, but instead, Emmy has been responding to those letters herself.

The Brideship Wife by Leslie Howard
Charlotte is forced to flee to England for the New World after her reputation comes into question.

The Home for Unwanted Girls by Joanna Goodman
Maggie becomes pregnant at 15 and is forced to give her daughter up for adoption. Her daughter is moved to the mental institution since they receive more funding than orphanages. Maggie never forgets her daughter even after starting a new life.

The Marriage Bureau for Rich People by Farahad Zama
A retired man starts a matchmaking company. His assistant has no dowry and doesn’t think she will ever find herself a match.

In Five Years by Rebecca Serle
Dannie Kohan goes to bed content that her life is turning out just the way she wants it until she wakes up 5 years in the future with a different life. She spends only 1 hour in the future before she is returned to her life that she knows, but can’t forget the time she spent in the future.

Our Daughter’s Bones by Ruhi Choudhary
Mackenzie Price is a detective who returns to her hometown although she vowed never to do so. She is working on a case of missing girls and uncovers the secrets of the town.

The Last Thing He Told Me: A Novel
When Hannah realizes her husband is missing she immediately panics and wonders why he has run away and left his 16-year-old daughter in her care. Slowly Hannah starts to realize the man she married was not at all who he claimed to be.

A Cuban Girl’s Guide to Tea and Tomorrow by Laura Taylor Namey
Lila has her life planned out until it all falls apart. She spends a summer in England to rest and relax and finds herself making new plans for her life.

Pride and Prejudice and Mistletoe by Melissa de la Cruz
Darcy is successful and doesn’t have time for drama. She goes home when her mother becomes ill and falls for Luke.

The Santa Suit by Mary Kay Andrews
A newly divorced woman buys an old house and finds a note from a child in a Santa suit in one of the closets. She sets out to find out all she can about the child who wrote the note and the family that once owned her house.

Any of these books would be great to give or receive as a gift. You could also treat yourself to one of these great books for teachers.